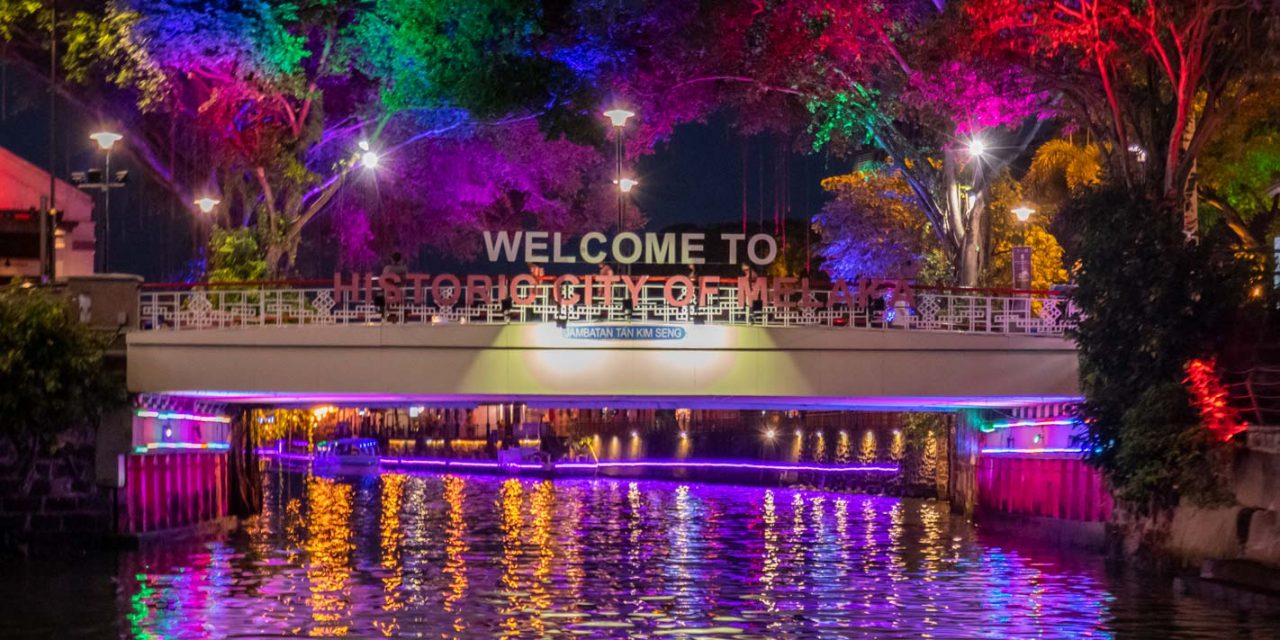 Georgetown may be Malaysia’s food capital, with Kuala Lumpur serving as the international megacity and administrative capital, but Malaka is where it all began. With a history that dates back more than 600 years, Melaka serves as the capital of the southwestern state of the same name. The Portuguese settled the area around 1511, only to be kicked out by the Dutch 130 years later. The British took over in 1824, followed by a brief period of Japanese occupation during World War II. Between 1946 and 1957, Melaka was part of a few different unions and federations.

Malaysia gained independence in 1957, and to this day, Melaka is a melting pot of the different cultures that have existed here. Here are ten ways to experience Malaysia’s first city.

Named in honor of British Land Commissioner, Frederick Joseph Morten, Kampung Morten village has more than 50 traditional Malay houses. This small village straddles the west bank of the Melaka River. You can see both the Malaysian and Melaka flags flying beside the village gateway.

Villa Sentosa is located on the southern tip of the village and dates back to 1921. It is the oldest traditional house in Morten and has been a museum since 1991. From Villa Sentosa, you can see modern hotels, skyscrapers like Sky Tower, and other commercial buildings. Inside is like a journey back in time with old black and white photos and newspaper clippings hanging from the walls. It looks a bit out of place, but there’s even a 45 of Santana’s “Black Magic Woman” hanging from the wall. 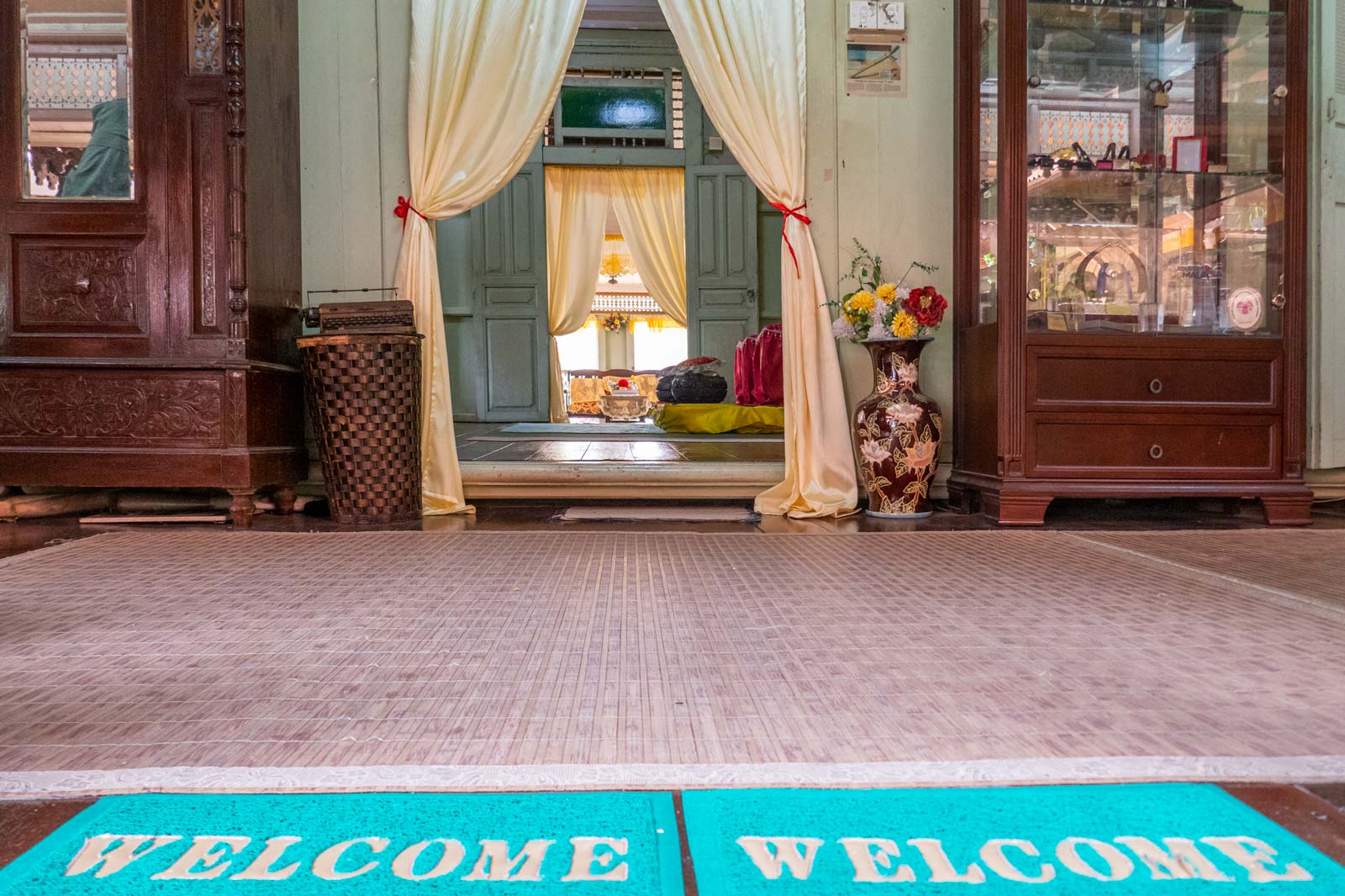 The road starts across the river from Malacca Clock Tower and the Dutch-built Stadthuys. At least ten key museums and religious sites are located along the route. The night market runs from 6 PM to midnight Friday through Sunday. Even if the market does not coincide with your visit, you can still try just about any drink or dish that Melaka has to offer along Jonker Street. Many of the cafes specialize in one or two dishes. There are multiple chicken rice balls (nasi ayam) vendors as well as a satay house within walking distance of the night market site. If you’re looking for sweets, check out one of the cendol shops. For the more adventurous, they have multiple durian cafes.

There are dozens of hotels in the area as well. 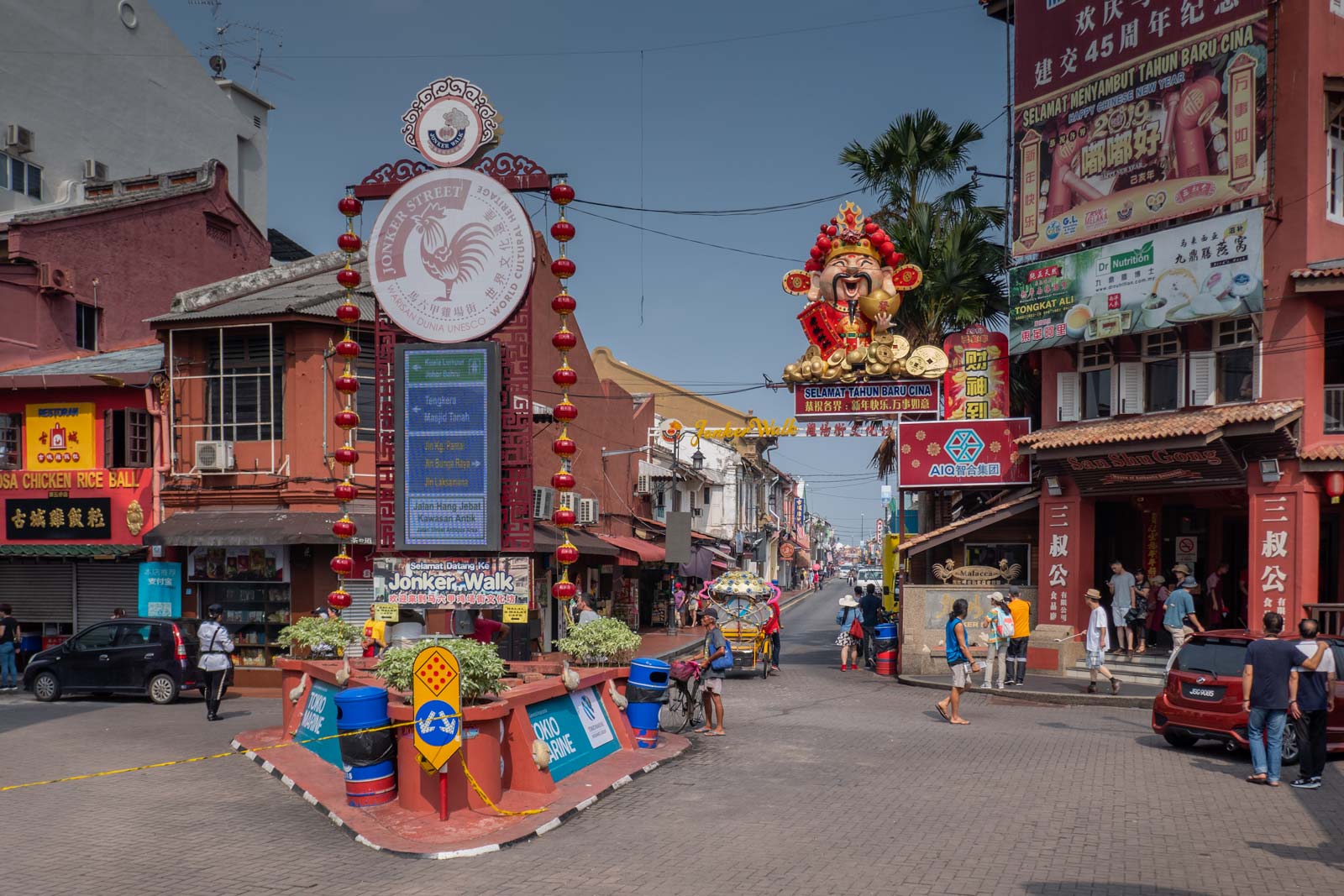 Check out the hawker stalls

The hawker stalls in Singapore may get more attention internationally, but you can enjoy similar dishes at a fraction of the price at one of Melaka’s many food courts and hawker stalls. There are at least a dozen different options, whether you want to dine in an air-conditioned mall or outdoors with the locals. If you see Medan Selera (which loosely translates to “field of taste”), you are in the right place. The hawker stalls tend to be no-frills, with each stall specializing in no more than a handful of different dishes. If you come hungry, you can sample a few different stalls. Most open early in the morning and run late into the evening, with some vendors taking breaks throughout the day. You won’t see many tourist buses as these stalls. 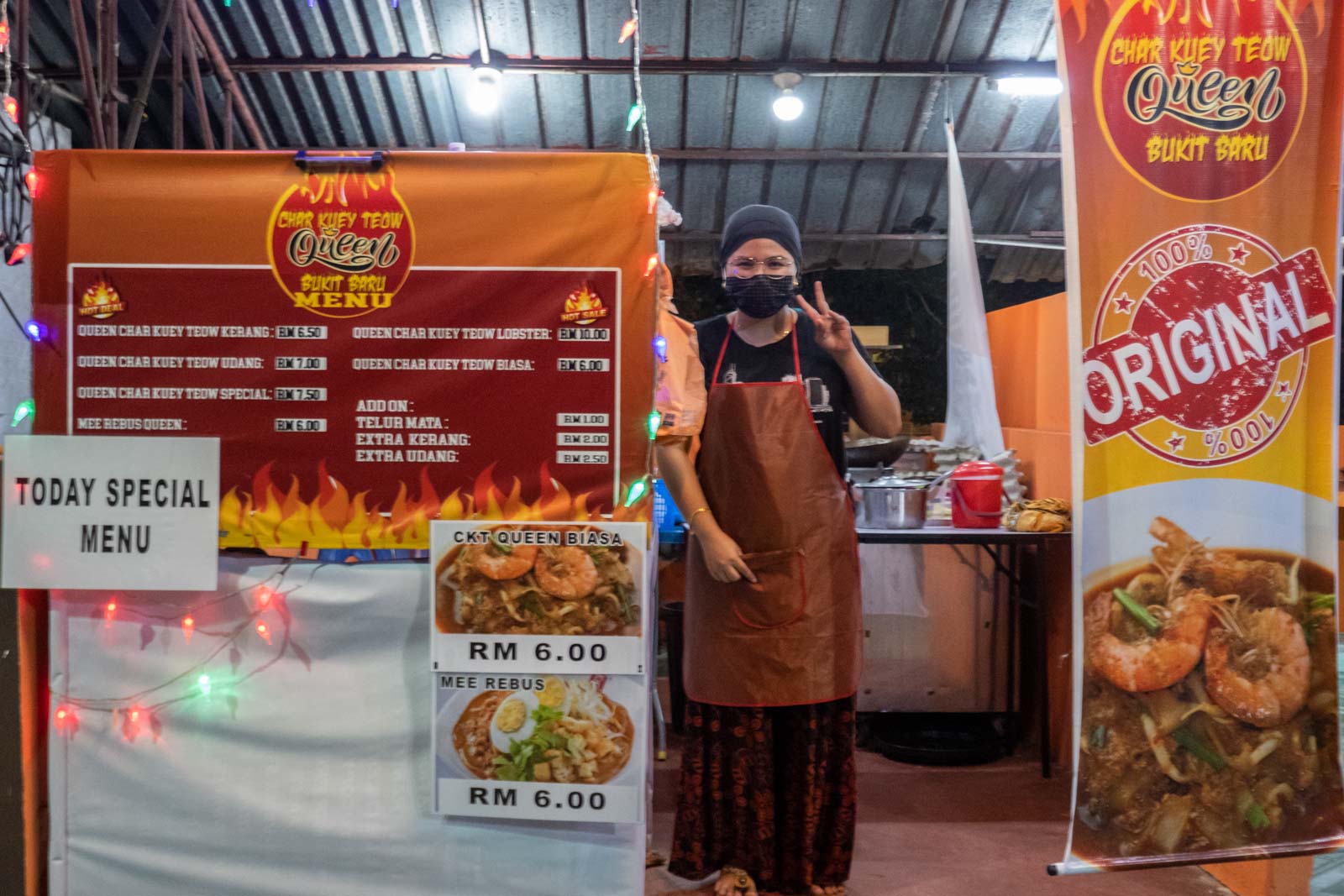 Cruise Along the Melaka River

Melaka River Cruises start near the site of the original Portuguese settlement. The 45-minute cruises pass many of Melaka’s key attractions, such as Kampung Morten, Jonker Street, Eye on Melaka, Church of Saint Francis Xavier, and the Wonder Wheel. As you cruise along the Melaka River, you’ll quickly realize that Georgetown is not the only Malaysian city with colorful street art. You’ll pass under colorful bridges during the cruise. The oldest of which dates back more than 300 years. They are lit up at night, making evening cruises preferable to day time. You can also charter a boat or catch a dinner cruise.

Tickets are available at the Spice Garden and Melaka River Square Jetties. They cost 30 RM for adults. You can purchase online as well. 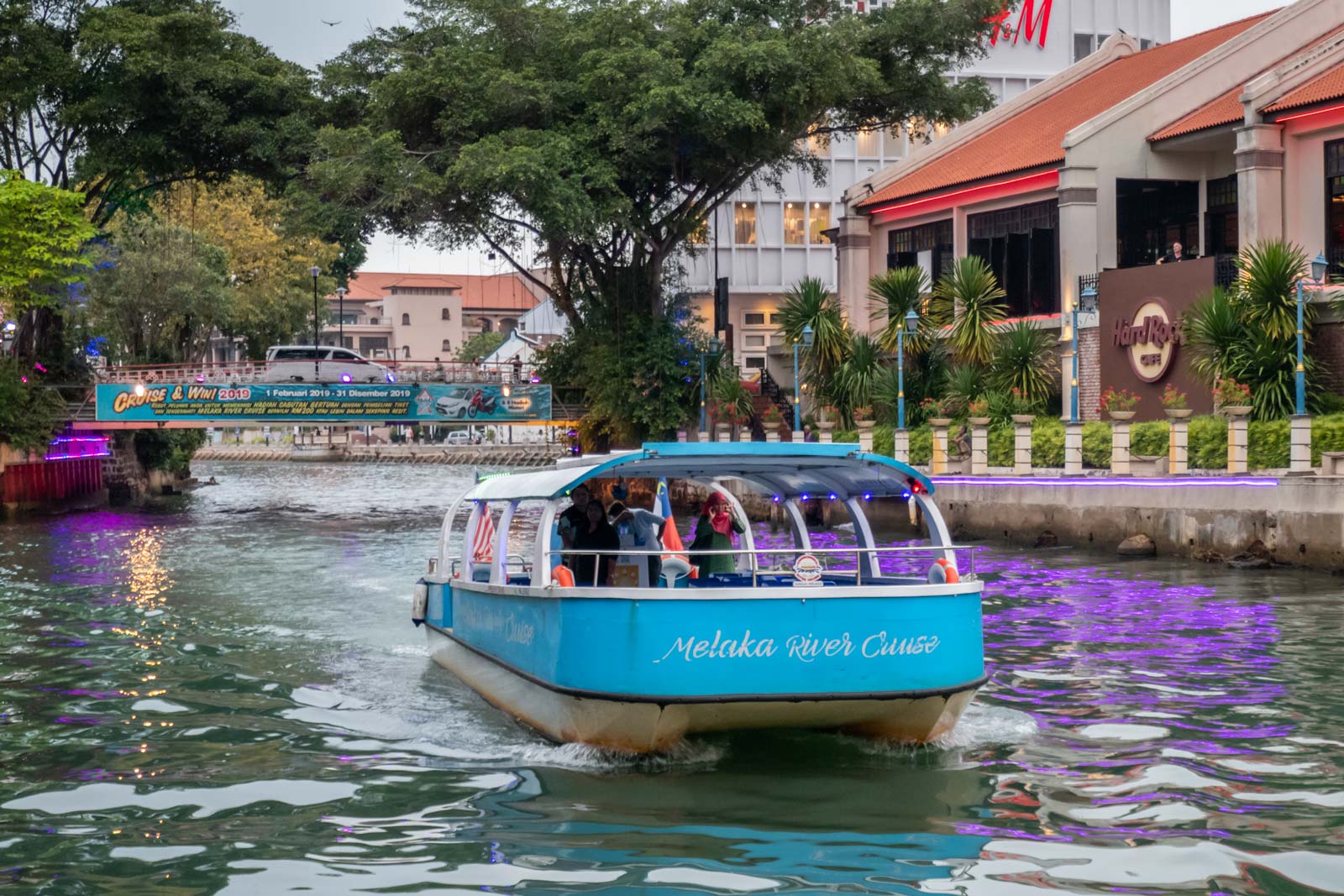 With 35 different museums, Melaka has a least one for every day of the month. Many of the more popular ones are located along Jonker Street. If you are looking for a crash course in local culture, check out the Melaka History Museum or the Malacca Heritage Center. Those who are curious about local architecture can visit the Architecture Museum of Malaysia or check out traditional houses like Baba and Nyonya or Villa Sentosa. From there, Melaka’s museums get even more specific. For example, there are museums dedicated to kites, stamps, toys, submarines, jewelry, birds, and even 3D art. See how they rank on TripAdvisor. 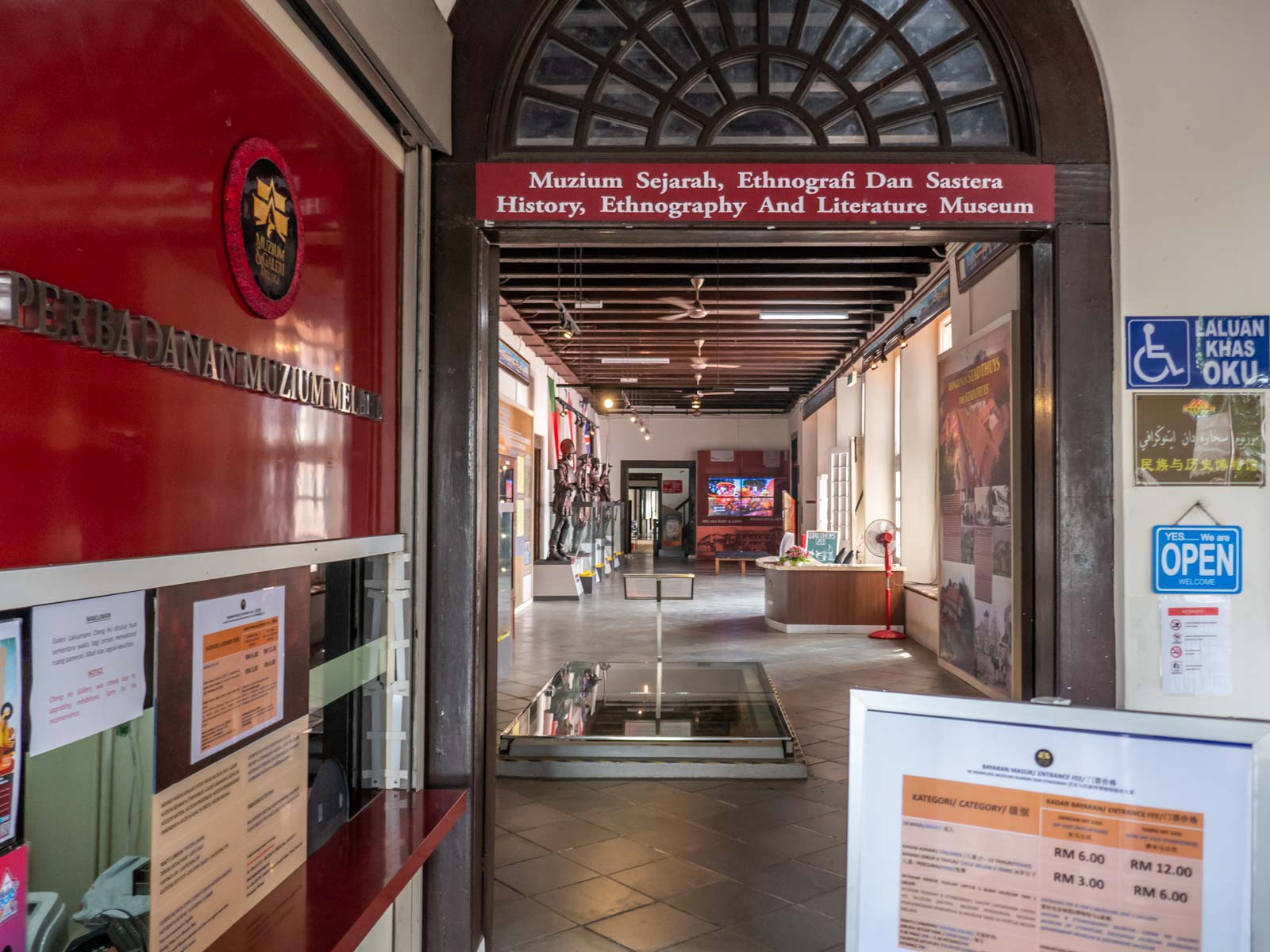 Try on a pair of Peranakan Beaded Slippers

These handcrafted Peranakan beaded slippers (or manik shoes) are part of Malaysia’s heritage. Each pair is unique. The originate from Malacca and date back to the 1930s. The beads are sewn one at a time, using either fine or cut beads. Each pair is unique. You’ll be hard-pressed to find two of the same design. Even if you don’t intend to wear them every day, they are an easy to carry souvenir for you to take back home. 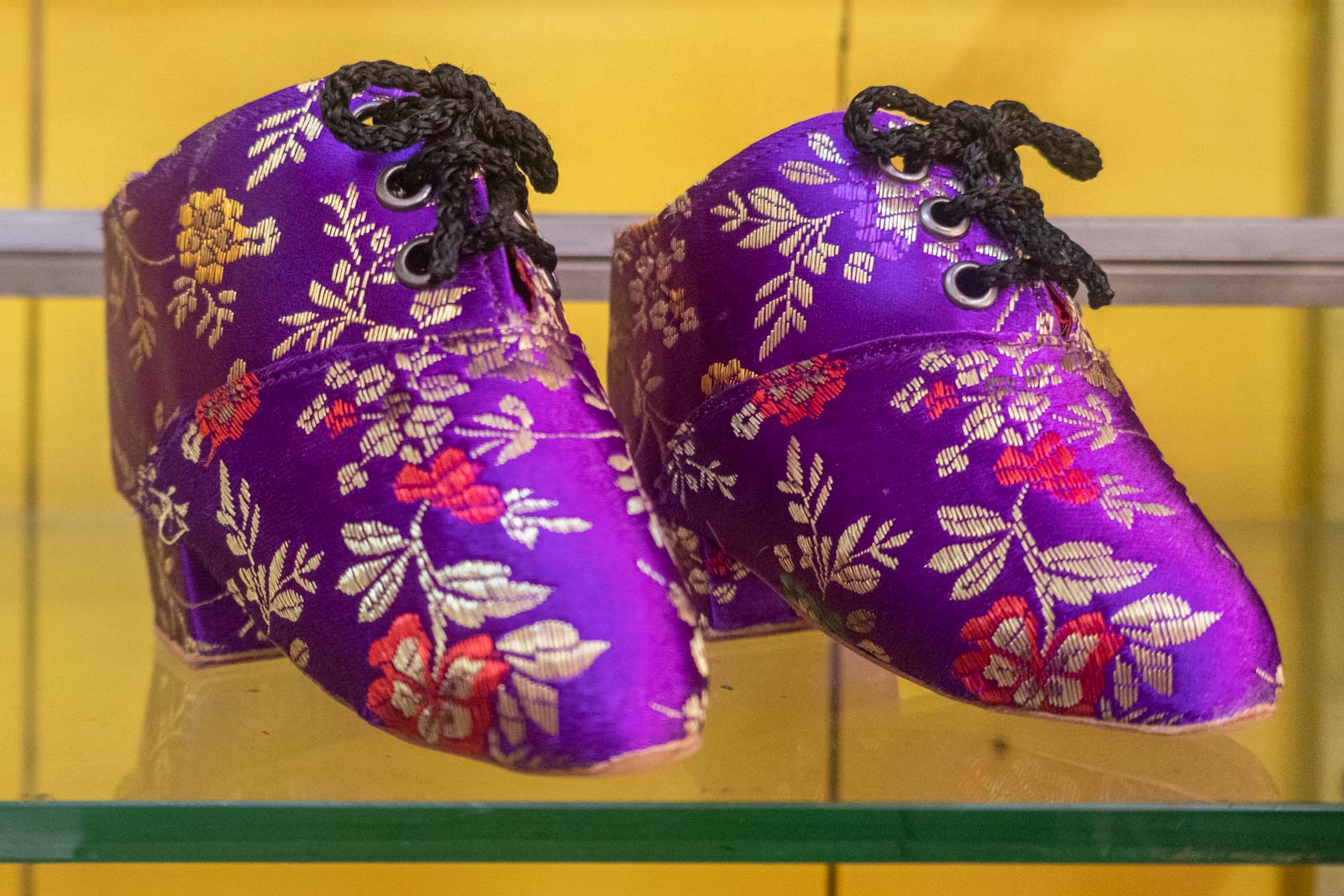 Unless you live in a major international city, finding Malaysian food can be a bit of a challenge. Instead of waiting for a Malaysian restaurant to open in your neighborhood, visit the country and take a cooking class. Since 2016, lokalocal has been offering cooking classes and other cultural experiences around Malaysia. They offer several different experiences in Melaka, including a cooking class. You can learn to make Nyonya Kuih in the quiet Taman Datuk Palembang district, which is located well outside the city center. Other options include Traveling Spoon and Cooking School Melaka. 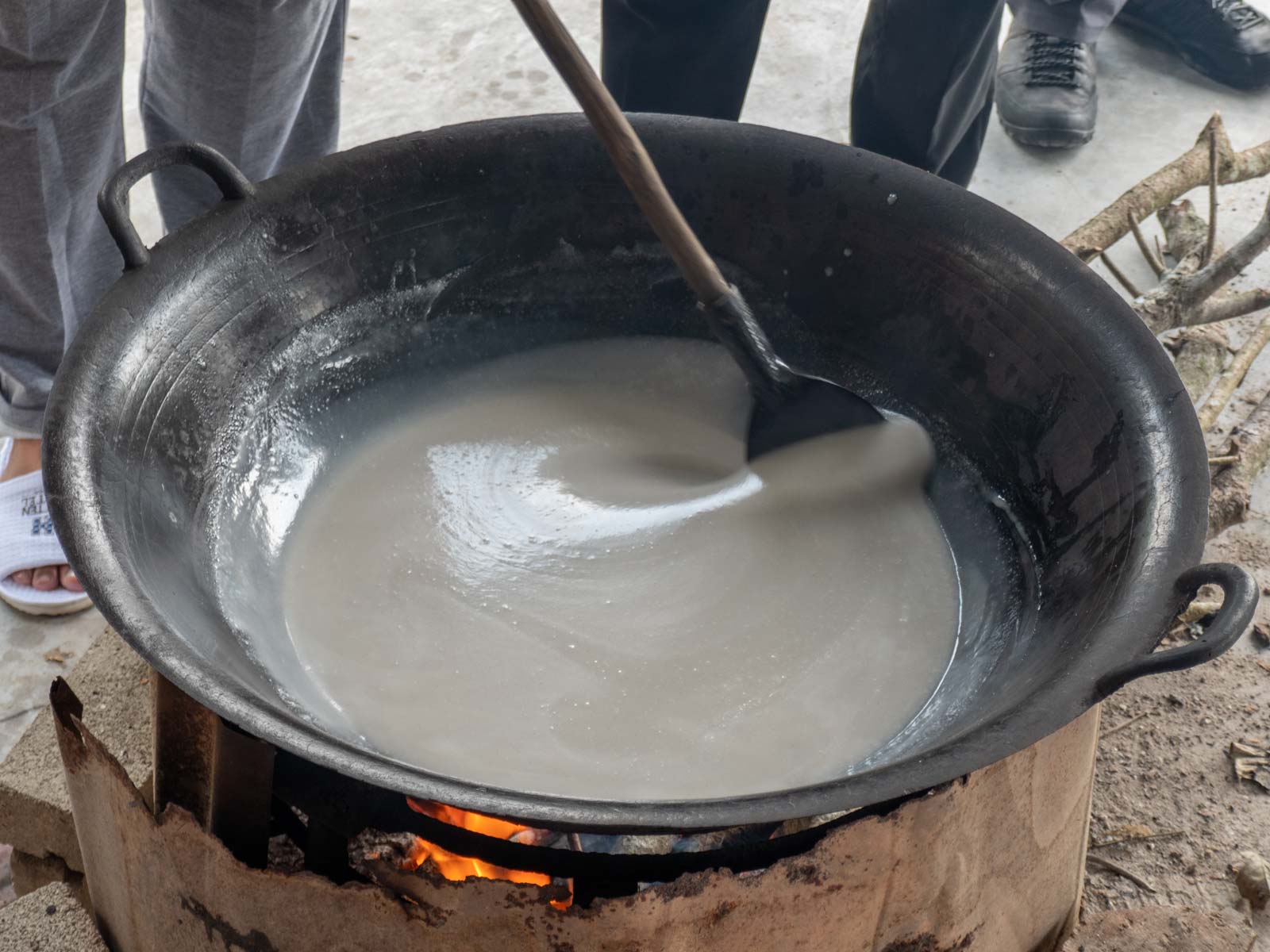 Keris are double-edged weapons, synonymous with Malay culture. They were considered to be a status symbol, and many used them as a talisman since they are supposed to have supernatural powers. On the much darker side, they were also used in executions. While keris start at $100 and may get you some funny looks going through customs, it costs less to attend a demonstration. 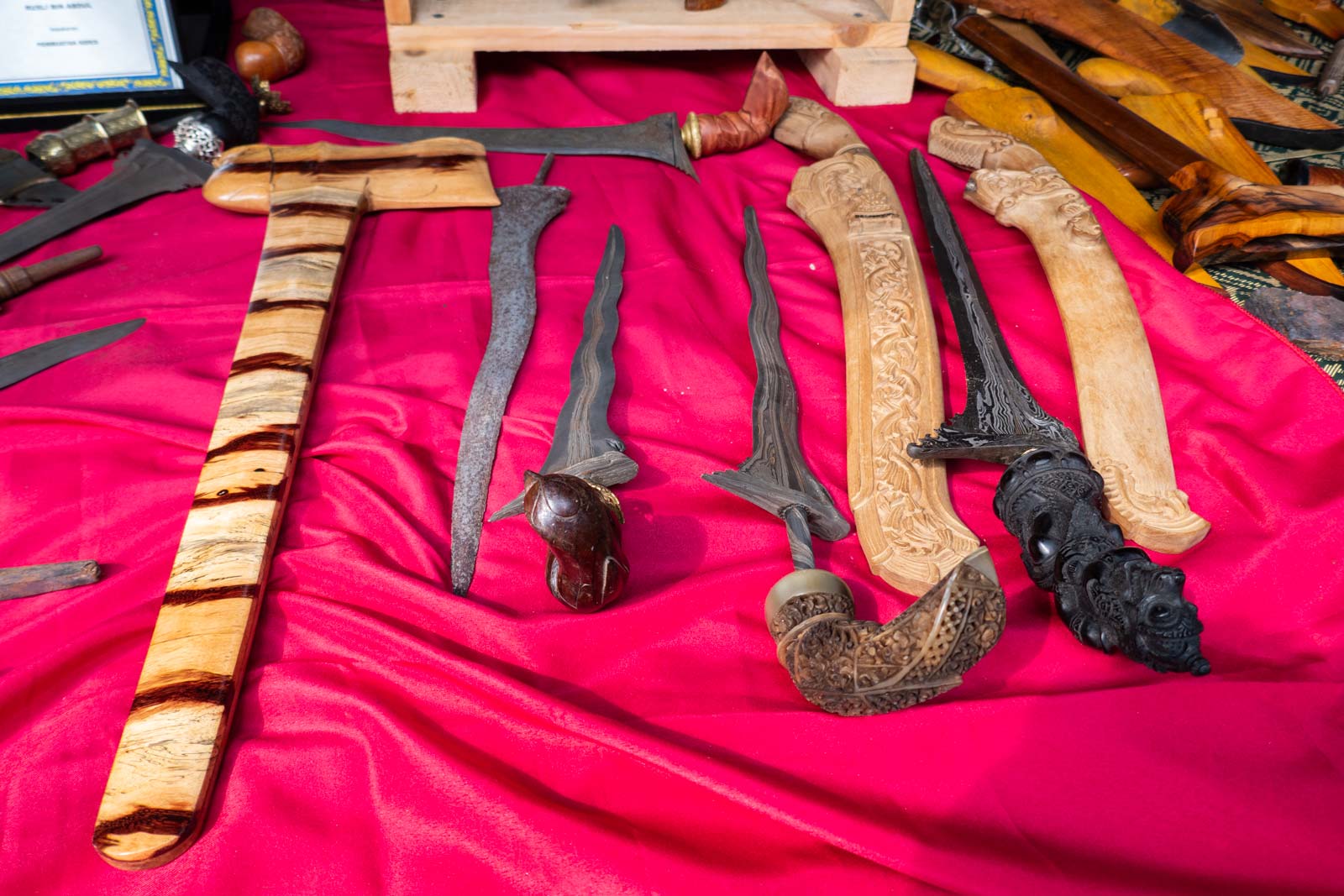 There are a handful of performing arts theaters in Melaka. A few are conveniently located between Pengkalan Rama and the waterfront. If you’re looking for a bit of history with some humor sprinkled in, check out Rasa Melaka. The one-hour, three-act musical takes the audience back to 1957 all the way to present-day Melaka, all through the eyes of local villagers. Tickets start at 88 RM for non-Malaysians. For more details on other plays, check out Encore Melaka.

Spend a night or two in a homestay

Melaka may be known as Malaysia’s oldest city, but there is no shortage of modern hotels. For a more local experience, check out one of the city’s homestays. There are several options in Melaka, which are officially licensed and offer cooking classes as well as other cultural experiences. This is especially convenient if you are pressed for time. Most homestays give you the opportunity to combine activities such as walking tours, cooking classes, etc.

For an in-depth look at what a home-stay is like in Malaysia, check out this GoNOMAD piece by Gary Singh. 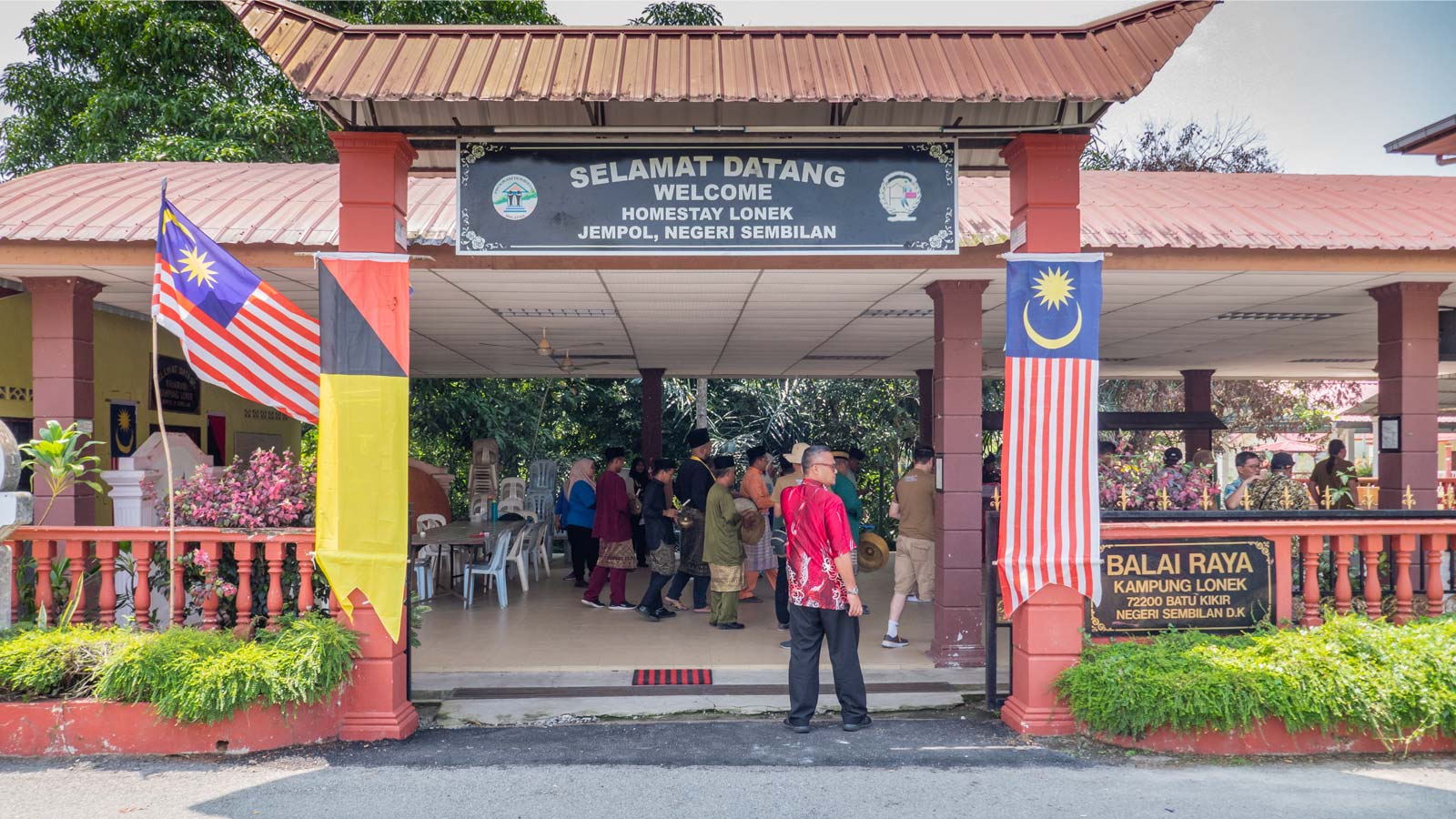 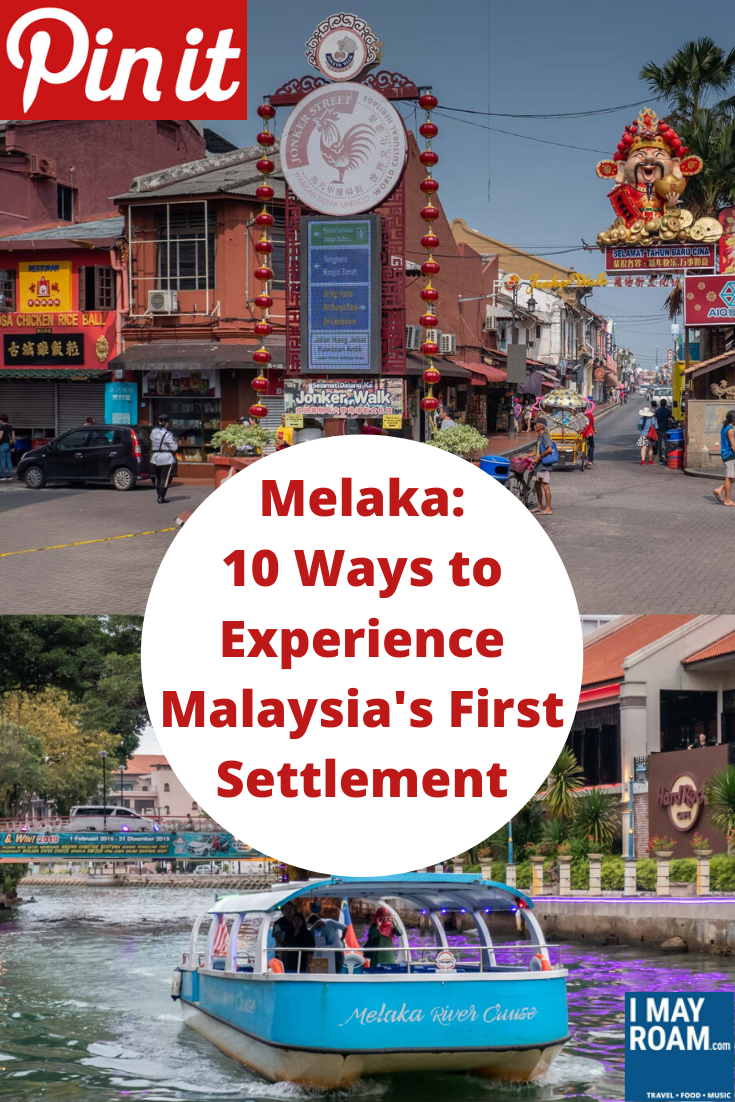 This post was sponsored by Tourism Malaysia. I stayed in the Hatten Hotel, which is a four-star luxury hotel located in the city center. It caters to business travelers.

All pictures were shot with a Panasonic Lumix ZS100 4K Point and Shoot Camera, with the exception of any Instagram pics.

Have you been to Melaka? If so, what did you do? How did you enjoy it? 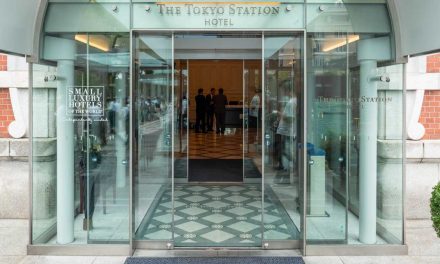 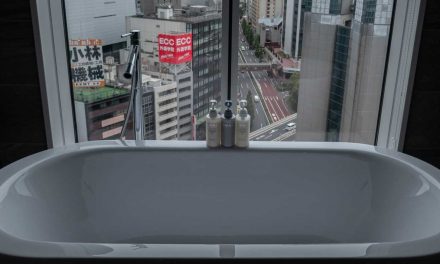 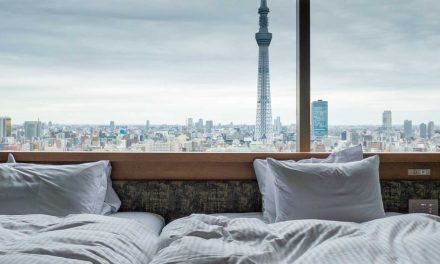 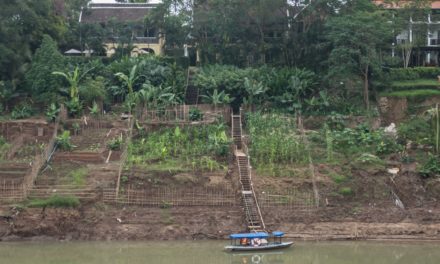