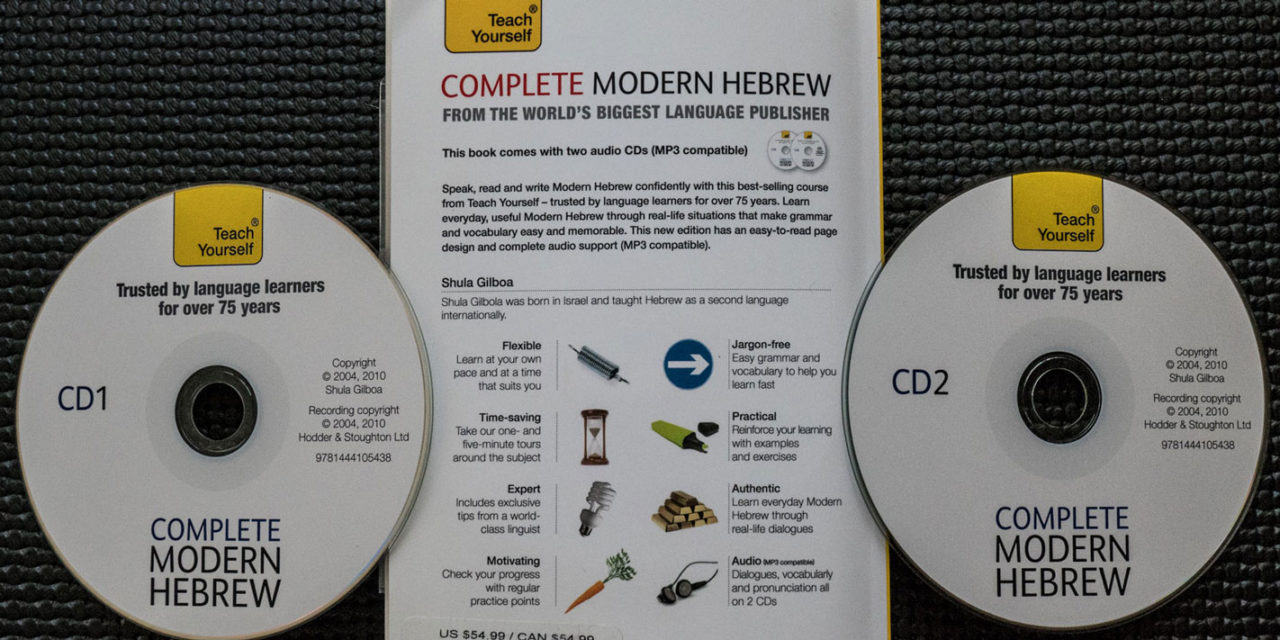 Hebrew is a Semitic language which uses right-to-left text direction and is spoken by around 7 million people, most of whom are in Israel. Complete Modern Hebrew is based on biblical Hebrew. The letters are square, and many of the words are the same in Arabic. There are 22 letters, the majority of which have an English equivalent. Every noun has a gender although there is no clear system for which nouns are feminine or masculine. One of the few things that Hebrew has in common with English is its history of adopting words from other languages. “Banana,” “bank,” “beer,” “chocolate,”  and “coffee” are just a handful of words that are the same in both English and Hebrew.

Complete Modern Hebrew is for people with little-to-no prior knowledge of the language. It comes with two audio CDs and a 288-page paperback book. Its author, Shula Gilboa, is an Israeli native who wrote her PhD thesis on Jewish Education in the Diaspora. 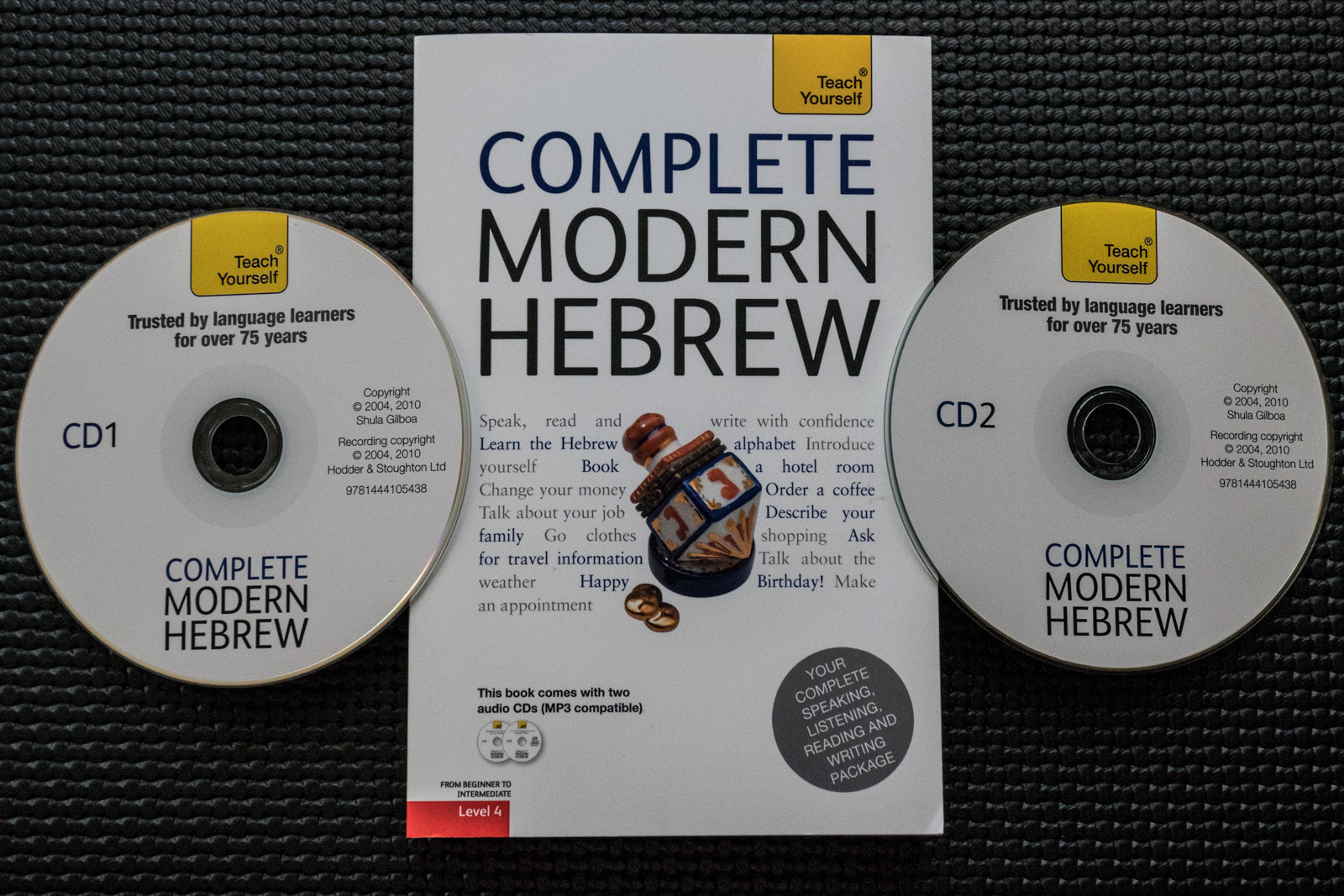 How to Teach Yourself

There are ample reading, writing, speaking, and review exercises thought the book and CDs. The book and CDs compliment each other. An “I’ll listen while I drive” mindset will leave you unable to read signs and you’ll also miss the crossword puzzles! Furthermore, after chapter six, the Hebrew script is no longer transliterated. Even the dictionary in the back has translations in Hebrew script only.

If you take your time going through all 18 chapters, you should be at CEFR (Common European Framework of Reference for Languages) level B1, which means you can deal with most situations you will encounter as either a tourist or business traveler.

Have you used a Teach Yourself product? What is your preferred method of learning another language? Leave a comment below! 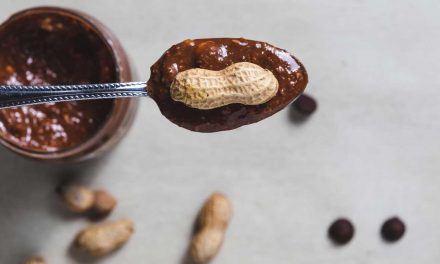 10 Chocolate Treats to Indulge in on National Chocolate Day 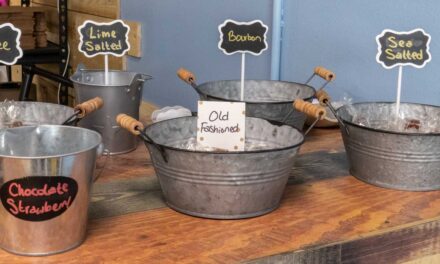 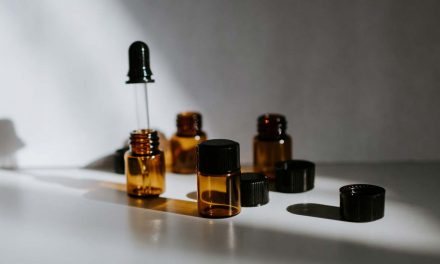 A guide to using CBD oil for insomnia and sleep disorders 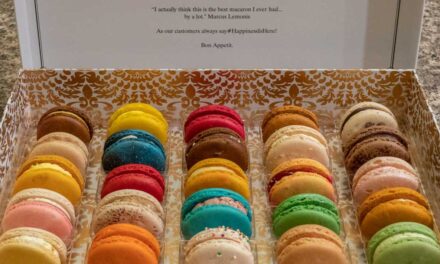 A 2021 holiday shopping guide for the foodies in your life