My most recent NYC food & neighborhoods tour was different from the previous one. Last time, a bus took us everywhere, while this time my group and I started with a dim sum brunch at Jing Fong in Manhattan’s Chinatown and then went everywhere on foot and via subway.

My 1st dim sum brunch was back in June with a Chinese friend. I was excited that our tour would start that way, but concerned that we would have no room for pizza later in the day. At brunch, I finalized my plan for the day and ate every appetizer with shrimp.

inside Jing Fong on Elizabeth Street

The tour I advertised included a walk across the Brooklyn Bridge. This is a risky thing to advertise in December. I had an alternate plan which would have cut Brooklyn out of the tour, but it was around 55 degrees and nobody in the group wanted to change the plan.

walking across the Brooklyn Bridge

On the last tour, everything took more time than I allowed for. This time, everything took less time than I planned. Our walk from Chinatown to DUMBO took less than an hour. The last time (that’s a Rolling Stones song) I walked over the Brooklyn Bridge was in October 2013, on my way to a (nearly three hour) Pearl Jam concert at the Barclays Center. Only one other person in my group had ever walked over the Brooklyn Bridge.

After a photo op filled walk across the bridge, we followed Tillary Street to Cadman Plaza, which turns into Washington Street, which took us to Jacques Torres only Brooklyn location on Water Street. I bought a box of 12 chocolates and let everyone else do their shopping. Most bought something. I’m usually the one who buys the most, but someone else bought a box of 25.

From Jacques Torres, we followed Main Street to Main Street Park, so everyone could get pictures of the Brooklyn and Manhattan Bridges. After a quick walk along Washington Street to York Street to Jay Street, we boarded the F train, bound for the 2 Av Station between the Lower East Side and East Village. Most of my group had never been in the subway before.

the selection at Jacques Torres

Our next destination was Bisous Ciao on the Lower East Side. They were running a happy hour special where you buy two and get one free. Everyone sampled the different flavors. Those who took my suggestion and tried the salted caramel were not disappointed. I bought a box of six and we headed to Essex Street, which turns into Avenue A.

Bisous Ciao on Lower East Side

After a left turn on Saint Mark’s Place (East 8th Street), we arrived at Macaron Parlour, where I bought a box of six and let everyone else try the different flavors. I tend to avoid the more eccentric flavors there. Party time is my favorite.

me offering advice at Macaron Parlour in East Village

After Macaron Parlour, we walked to First Avenue then north to East 12th Street to Motorino. We all shared Margherita Pizzas. Even after dim sum, I ate 3 slices and did not feel stuffed. Most of my group was from Pennsylvania’s Lehigh Valley and had never tried this style of Pizza before. Using a fork and knife to eat pizza was not something they were accustomed to.

From 14th Street, we took the L train to the 6 train to 51st street to sample Japanese and Belgian Chocolates. Royce gives out a free mini box of green tea nama to anyone who checks in on Yelp. Since the refrigerator at my house usually has at least a couple different flavors of Royce chocolates, I just took the free ones, but the people in my group bought chocolate covered potato chips.

I had not been to Leonidas since earlier in the year and that was our next (and final) destination, just a block south on Madison Ave. My favorites there are the speculoos and champagne truffles. Since I’m not in this area very often, I bought a half pound of truffles while the people in my group sampled some other flavors.

As our chocolate and macaron tour was coming to an end, we walked to Rockefeller Center so everyone could take pictures of the tree. Our tour ran ahead of schedule so there was almost an hour before we had to meet the bus on 49th street between 8th and 9th Avenues (the bus was not allowed to drive to Rockefeller Center). 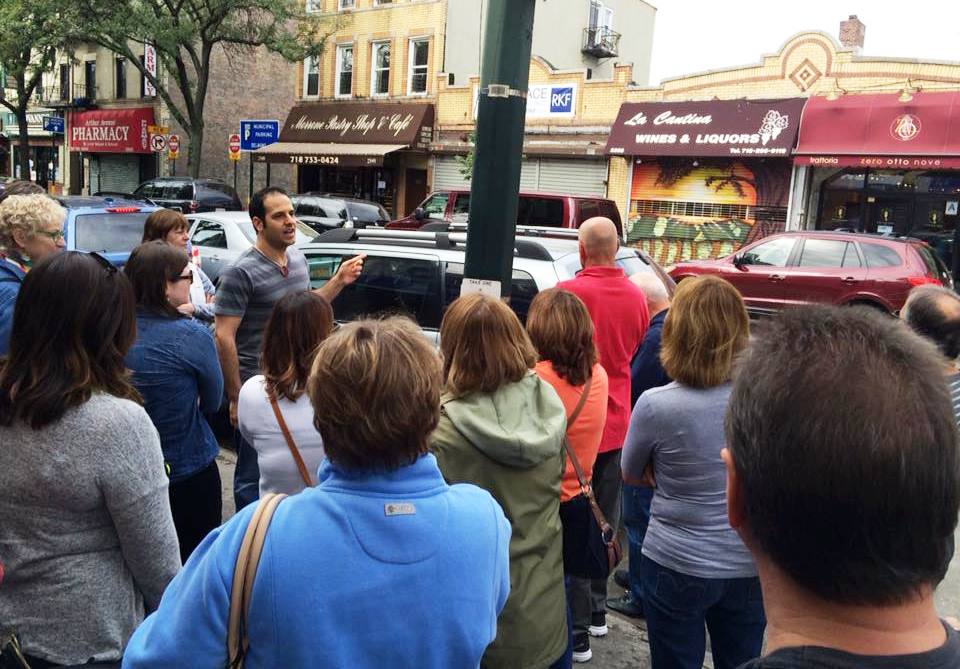 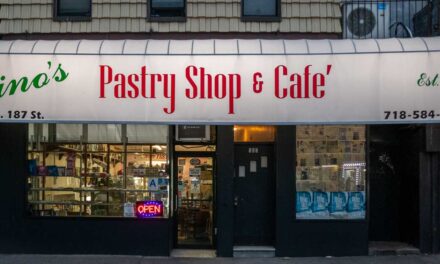 An NYC guide to old-school Italian bakeries in The Bronx 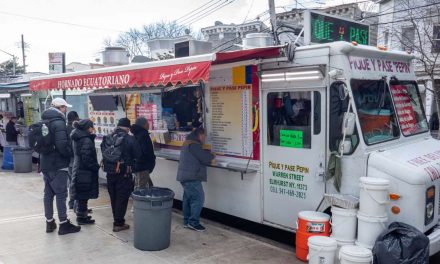 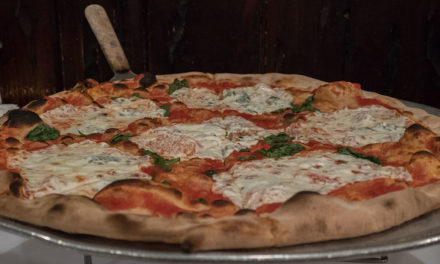