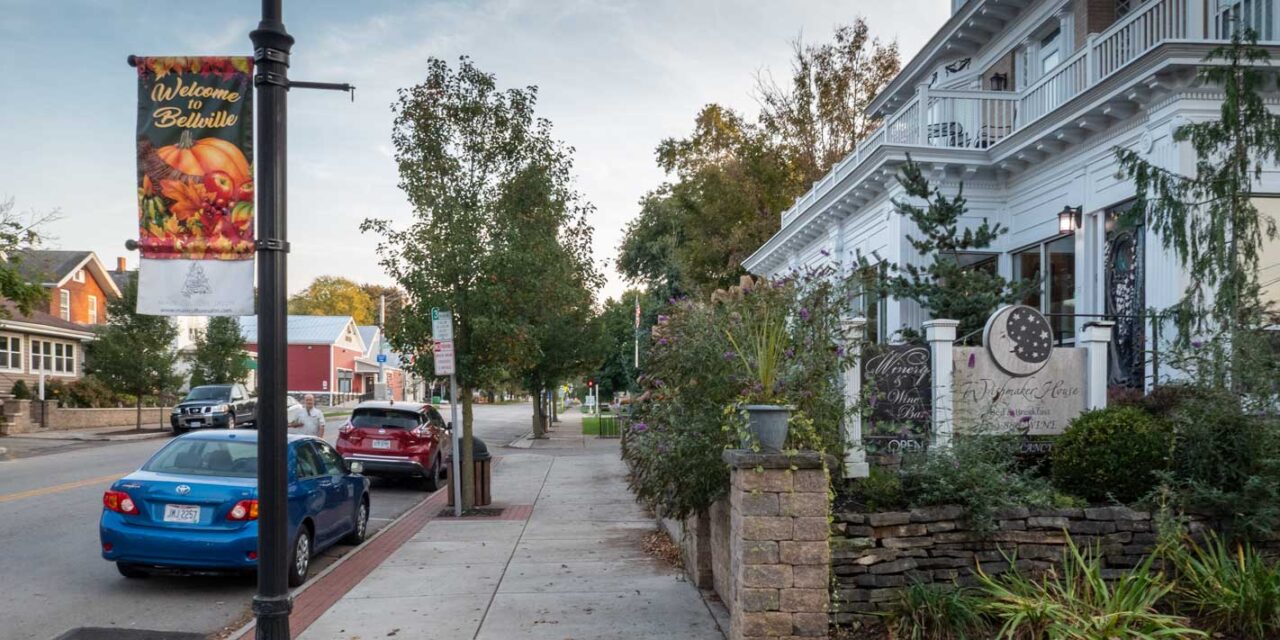 Richland County is located halfway between Cleveland and Columbus. Mansfield, the county seat, is branded as “The Fun Center of Ohio.” People come here for family-friendly attractions like the Richland Carrousel Park and Little Buckeye Children’s Museum. People of all ages like to unwind at local attractions like the Kingwood Center Gardens, Ohio Bird Sanctuary, and Gorman Nature Center. Downtown Mansfield is walkable, with most museums and restaurants conveniently located between East 2nd and 4th Streets. You’ll need a car to explore the rest of Mansfield and surrounding Richland County.

Here is a weekend guide to Richland County, Ohio.

Start your weekend in Richland County with breakfast at Der Dutchman

Ohio has the second-largest Amish population in the country. And you can get a feel for it at Der Dutchman. Although the Amish mostly live in five counties east of Richland, they have the traditional bakery, gift shop, and restaurant combo that you’ll also see in Lancaster County, Pennsylvania. There’s also have a mini-golf course for all ages.

Breakfast starts at 7 AM on Friday and Saturday. The buffet is just $11.29 for adults, making it the most practical choice. They are closed Sundays. 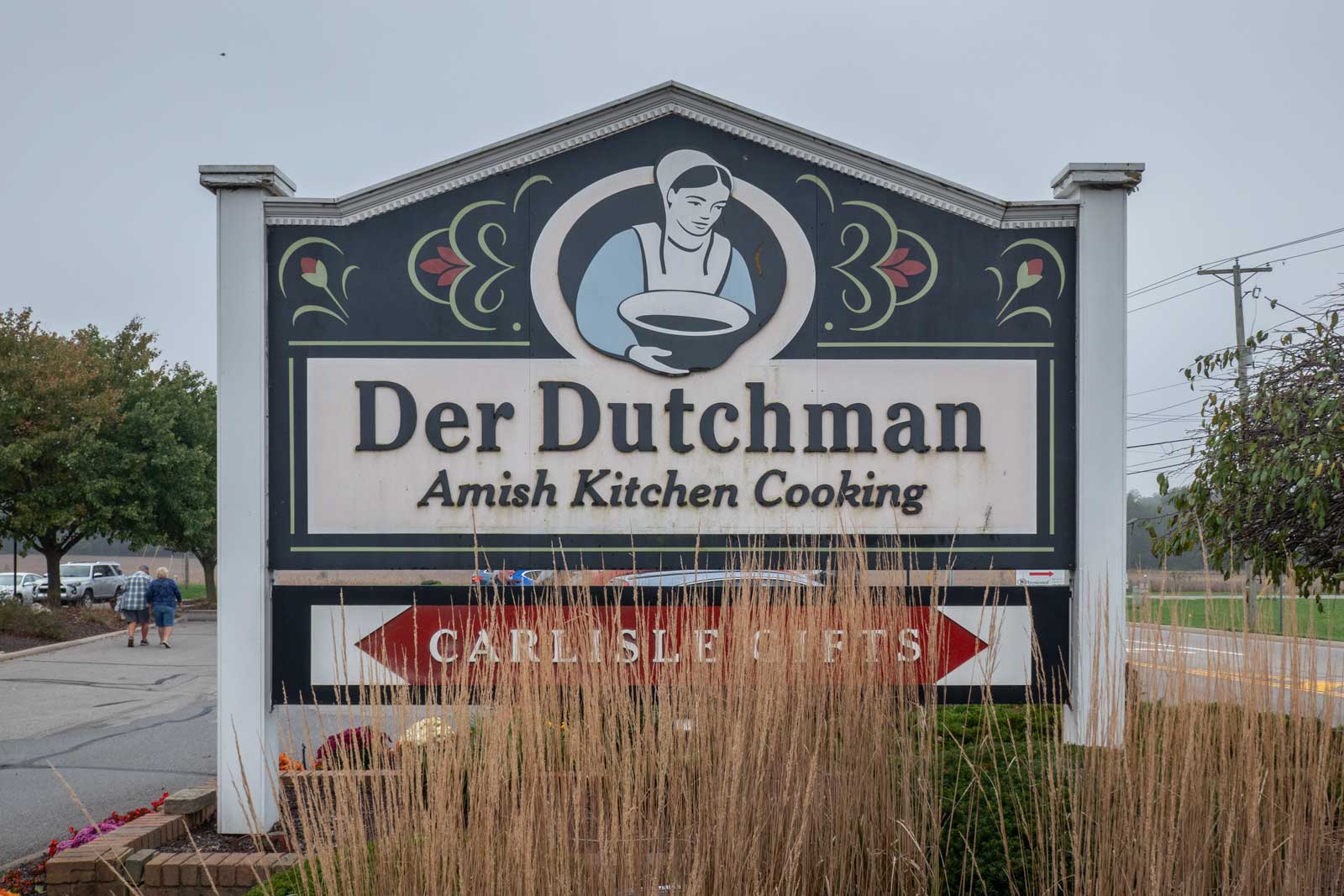 This 47-acre property was purchased by electrical engineer and businessman Charles Kelley King back in 1912. The entire complex is open to the public, including the gardens, greenhouse, and the French Provincial Kingwood Hall.

To get the full experience, it’s best to allow at least two hours: one to tour the ground and another for their gift shop and the grandiose Kingwood Hall. The latter was King’s primary residence. It was designed in the French Provincial style and is available for self-guided tours from February to December.

Adult admission is $8 and includes the entire grounds. From February to November, admission is free on the first Monday of the month. Kingwood Hall is closed during January. 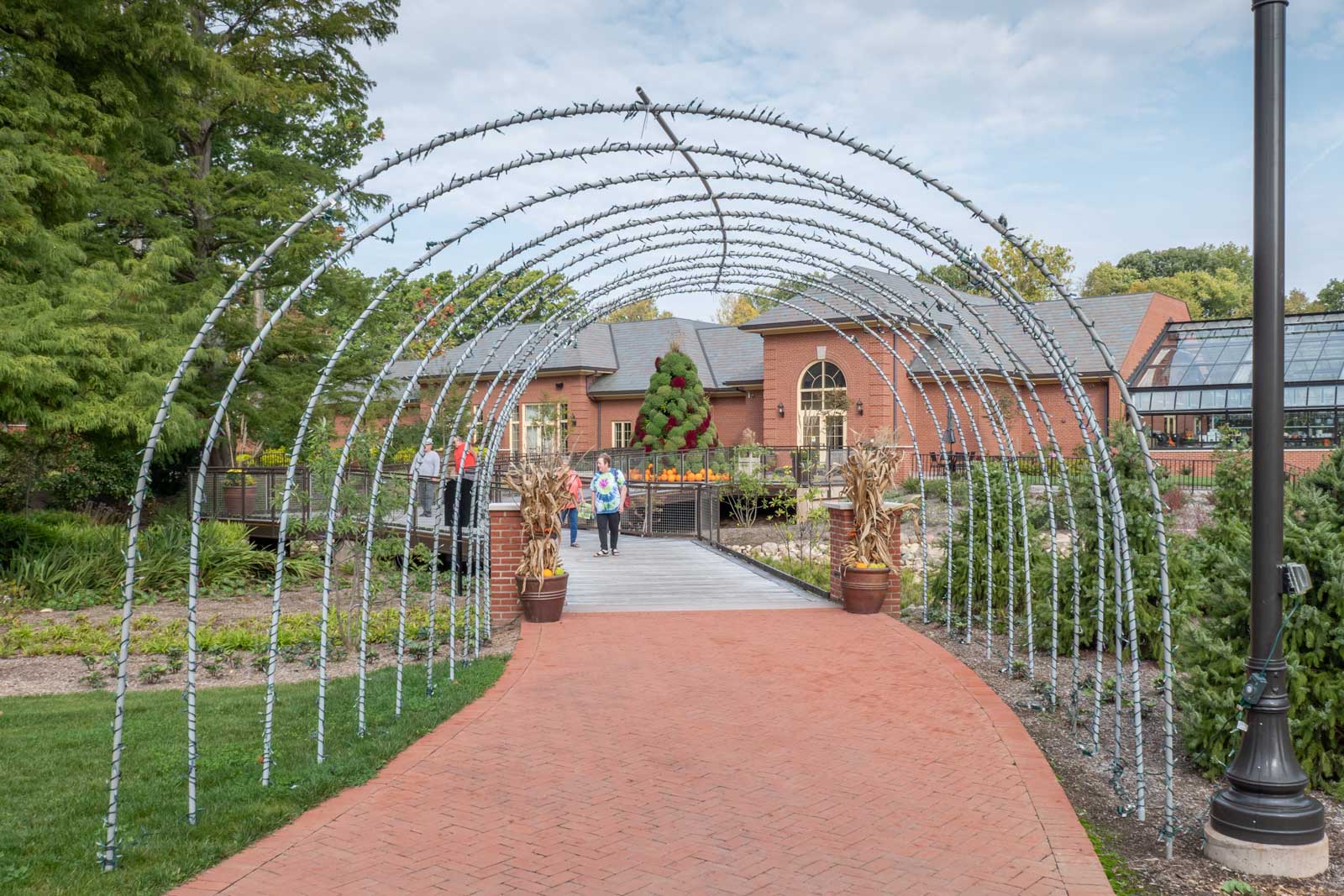 Grab Lunch at the Blueberry Patch

In addition to being Ohio’s largest blueberry farm, The Blueberry Patch is also a restaurant, winery, and event space. They also have a gift shop where you can find just about anything infused with the blue antioxidant superfruit. 1285 Winery is their dinner spot, while lunch is served at Blossoms Café. At Blossoms, you’ll be able to try daily lunch specials as well as blueberry-infused pastries inside of a greenhouse. And don’t leave without trying their blueberry donuts!

If you’re visiting during July, you can pick your own blueberries. 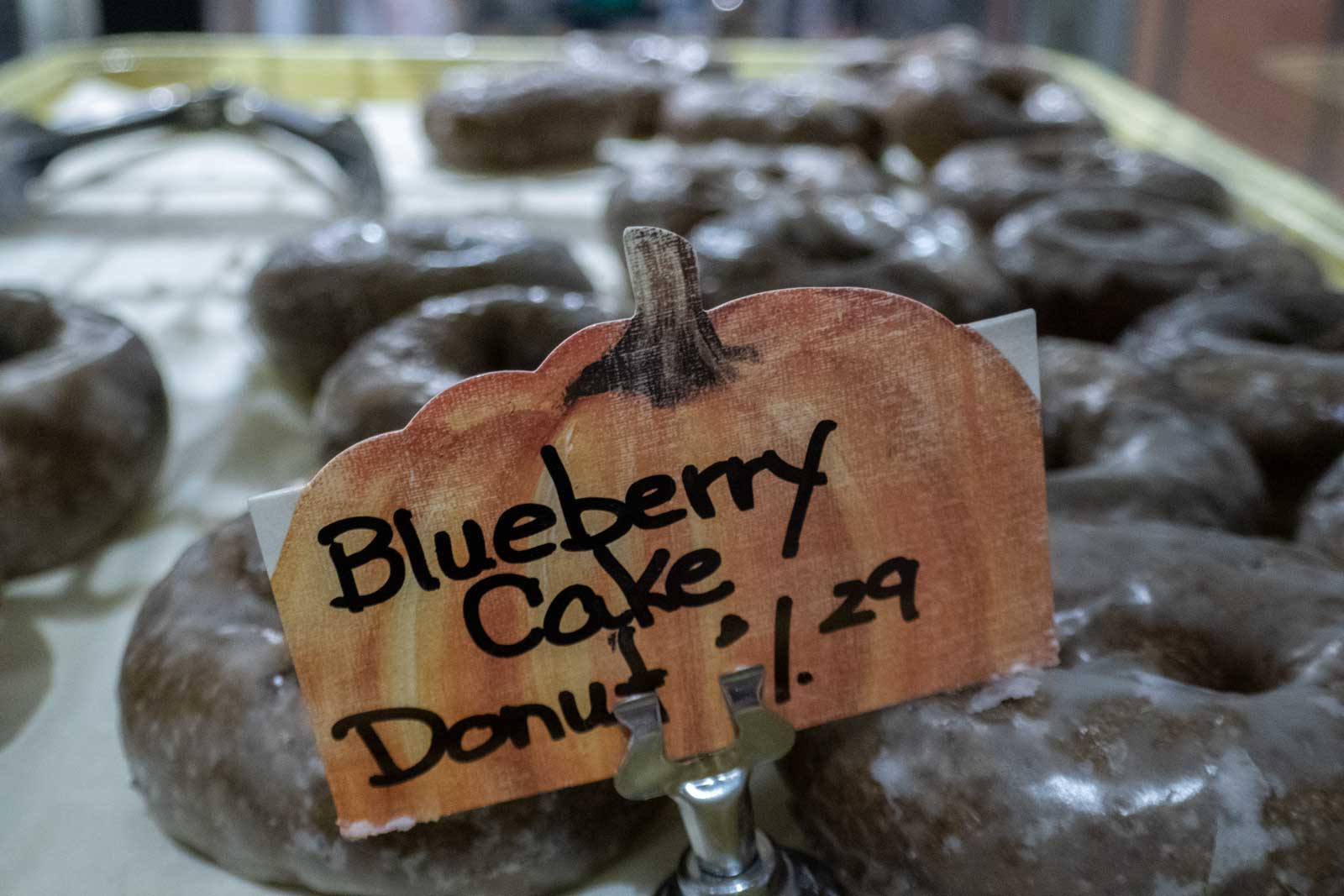 The Ohio State Reformatory is the Buckeye State’s version of Kaufman Astoria Studios. Everything from music videos and wrestling promos to documentaries and feature films have been shot here. The Tango & Cash prison scenes were filmed here while the prison was still in use. It closed the following year (1990), which is also marked the last time that an Ohio Major League Baseball Team won the World Series.

Many people visit here as part of the Shawshank Trail. The 1994 classic starring Morgan Freeman and Tim Robbins is set in Maine, but the majority of it was filmed in and around Mansfield. While you’re likely to see the largest groups of people taking in the second floor Shawshank Wall, there are also hundreds of artifacts dating back to 1910, when construction was completed. The original electric chair and death chamber door are encased behind glass on the first floor. On the upper floor, paint chips hang from the ceiling like bats. The peeling paint and rusty cell bars remind visitors that this was a real prison, where guests did not get to break out of their rusty cage, as Andy Dufresne did.

There are a handful of guided tours that dig deeper into the prison’s history. And in late October, they decorate the reformatory and turn it into a haunted house. Visitors have the option as to whether or not they want to be touched by the dozens of elaborately dressed terrorizers.

The Mansfield Memorial Museum is the historical societies what Di Fara is to Brooklyn pizza. From the outside, it’s not the most aesthetically pleasing. And it looks aged on the inside. Furthermore, as of this writing, they are only open for 10 hours between Saturday and Sunday. But it’s still THE must-visit museum in Mansfield.

The three robots are the highlight for most visitors. ELEKTRO was unveiled by Westinghouse for the 1939-40 World’s Fair in Queens. The world’s oldest surviving robot was featured in two major motion pictures. Both movie posters are on display nearby.

Upstairs, there’s a collection of 690 model airplanes as well as an original Philippine Beheading Sword. An aviation museum is scheduled to open next door in 2022. 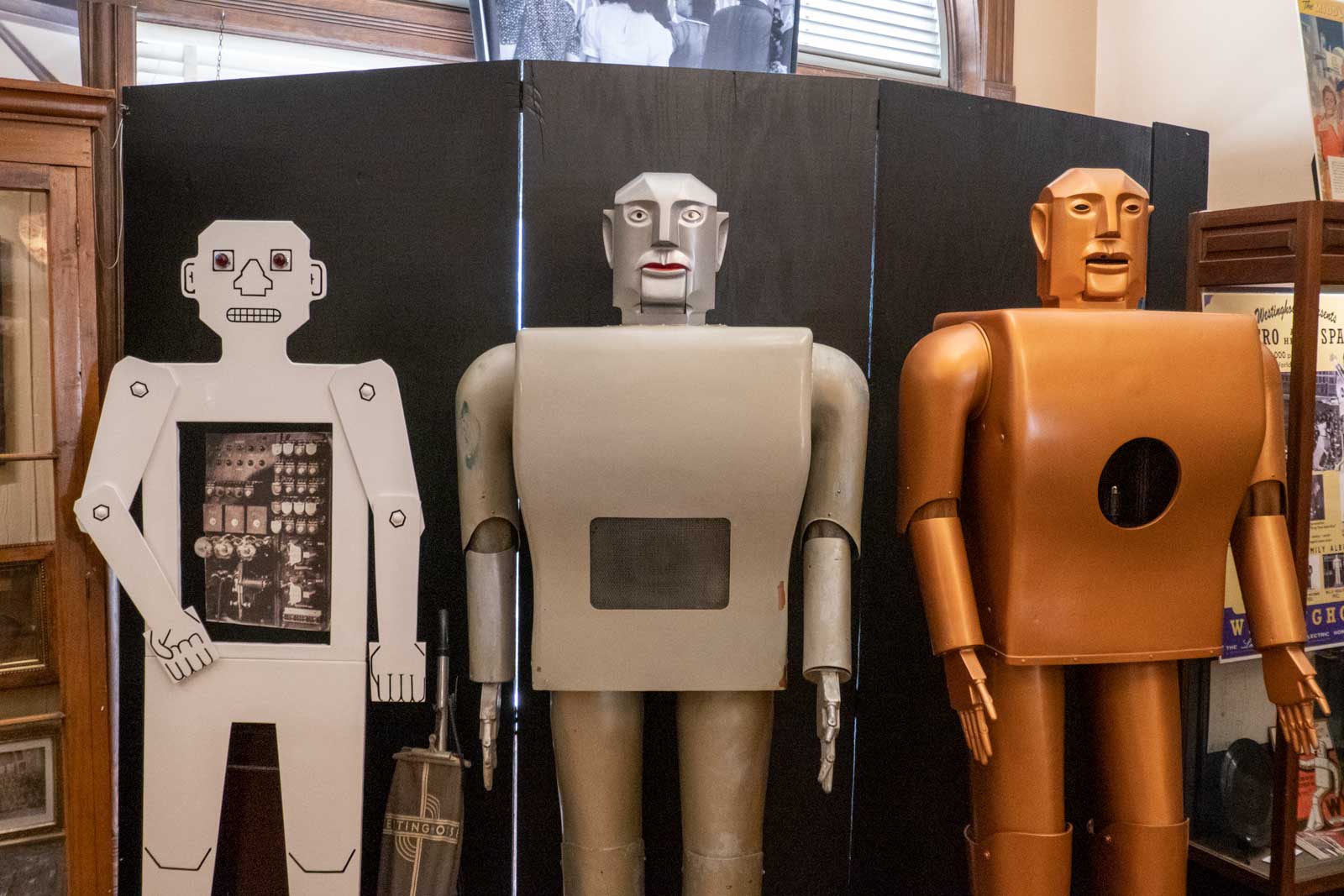 Make your own glass piece at the Mansfield Art Center

While the Mansfield Memorial Museum is geared more towards history buffs and aviation geeks, the Mansfield Art Center is more interactive. Here, you can create your own ceramics or stained glass. The exhibits feature local artists and change every three months. They also have virtual exhibitions.

If you’re more into nature and being outdoors, the Ohio Bird Sanctuary or Gorman Nature Center are ideal alternatives to indoor museums. 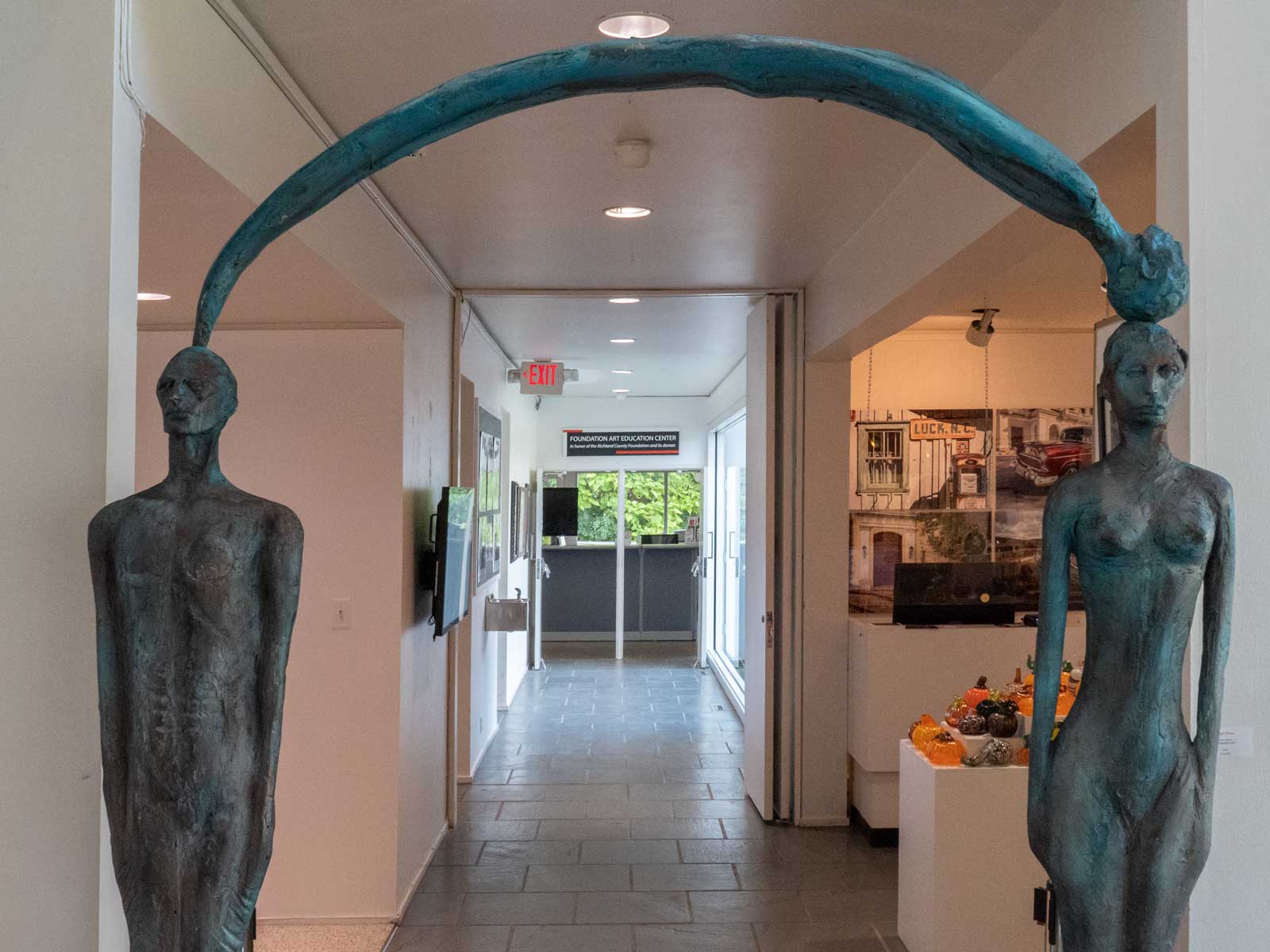 Have dinner in a former Hudson & Essex Showroom

Hudson & Essex is by far the most interesting dining option in Downtown Mansfield. Pictures of old Hudson and Essex cars line the walls in this former showroom, which used to house both American manufactured automobiles. There’s also a deli off to the side from the main entrance.

Although the current owners have redone the space, the dining area still retains an old urban industrial feel with its high wooden ceiling and exposed ducting. But this is definitely fine dining all the way. The menu is New American with unique takes on items like Lobster Mac & Cheese. The Hudson & Essex version includes bacon and truffle bread crumbs. Their Japanese fried chicken is served with kimchi mayo, while the king salmon is topped with Ethiopian lentils and feta cheese.

They also have a full bar with wines from Cypress and H & E Luxury. If you’re more into beer, head one block north to Phoenix Brewing. There are a handful of Mansfield stops along the Richland County Wine & Ale Trail.

Start Sunday with Brunch at the Wishmaker House

My Town Today recently ranked Bellville, Ohio, as the second-best small town in America. This town of 2,200 has one of the best bed and breakfasts in Richland County. The Wishmaker House Bed & Breakfast dates back to the late-1800s. This 10,000-square-foot building started as a doctor’s office before becoming a furniture store.

While you won’t have a bad meal at the Wishmaker House, their Sunday only Viva La’Bruch is a must during your visit to Richland County. It runs from 10-1 and includes a unique menu of mostly New American favorites. The cheesecake is the reason many keep coming back. At any given time, they have up to 21 different cheesecake varieties. There’s even a separate cheesecake menu, where they cross off the ones that sell out.

Breakfast is complimentary for guests. Each guest room has a unique theme. During the holiday season, the Wishmaker House is decorated with a look straight out of a Hallmark movie. 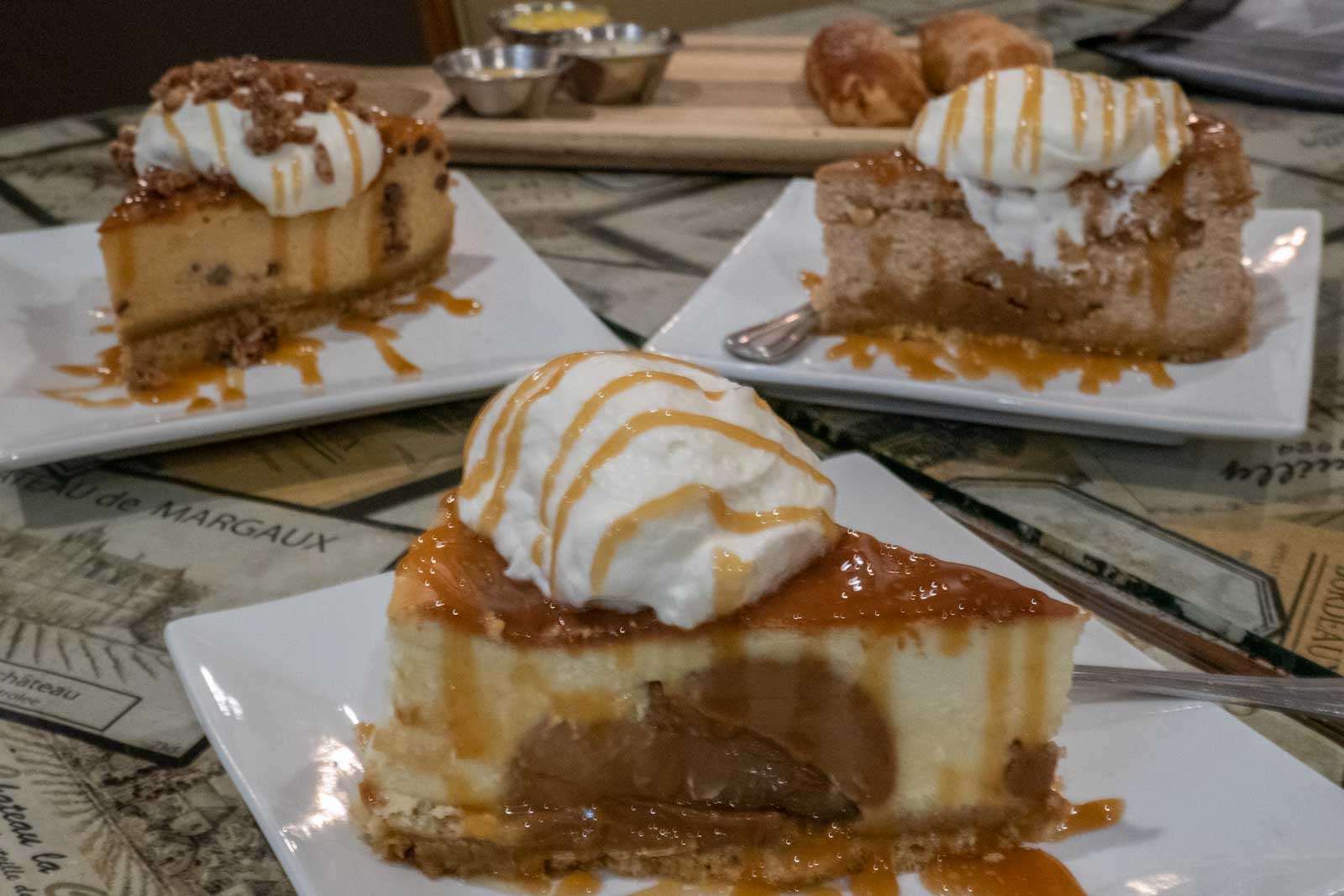 Continuing with the Shawshank Redemption theme, check out Malabar Farm State Park. Located in the small village of Lucas, this is where the opening scene was filmed. Just look for Pugh Cabin.

But the main attraction here is the former home of Pulitzer Prize-winning author Louis Broomfield. Know as The Big House, this 32-room Western Reserve-style mansion is where the Mansfield-born author and conservationist lived up until his death in 1956. If you’re more interested in untimely deaths, check out the much smaller Ceely Rose House. In 1896, it was the setting for a triple murder by a girl who was just 23 years old. 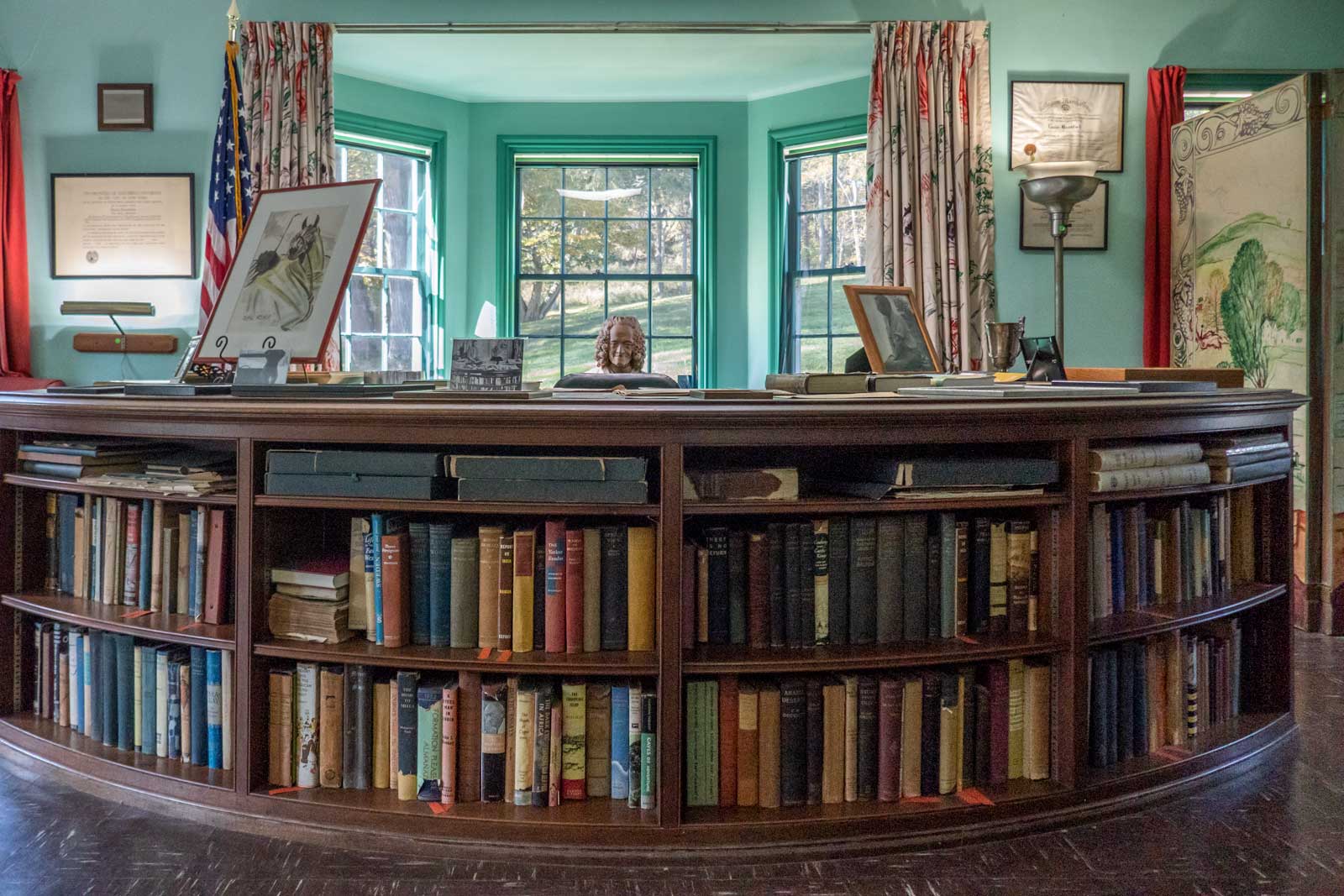 If you want to try some of the local meat, this is your chance. Malabar Farm Restaurant has reopened after some 2019 renovations. This farm-to-table upscale New American restaurant has a rustic feel. The building dates back to the 1820s. Chef Dan Bailey swears by the strip steak and recommends the deep-fried apple pie for dessert. 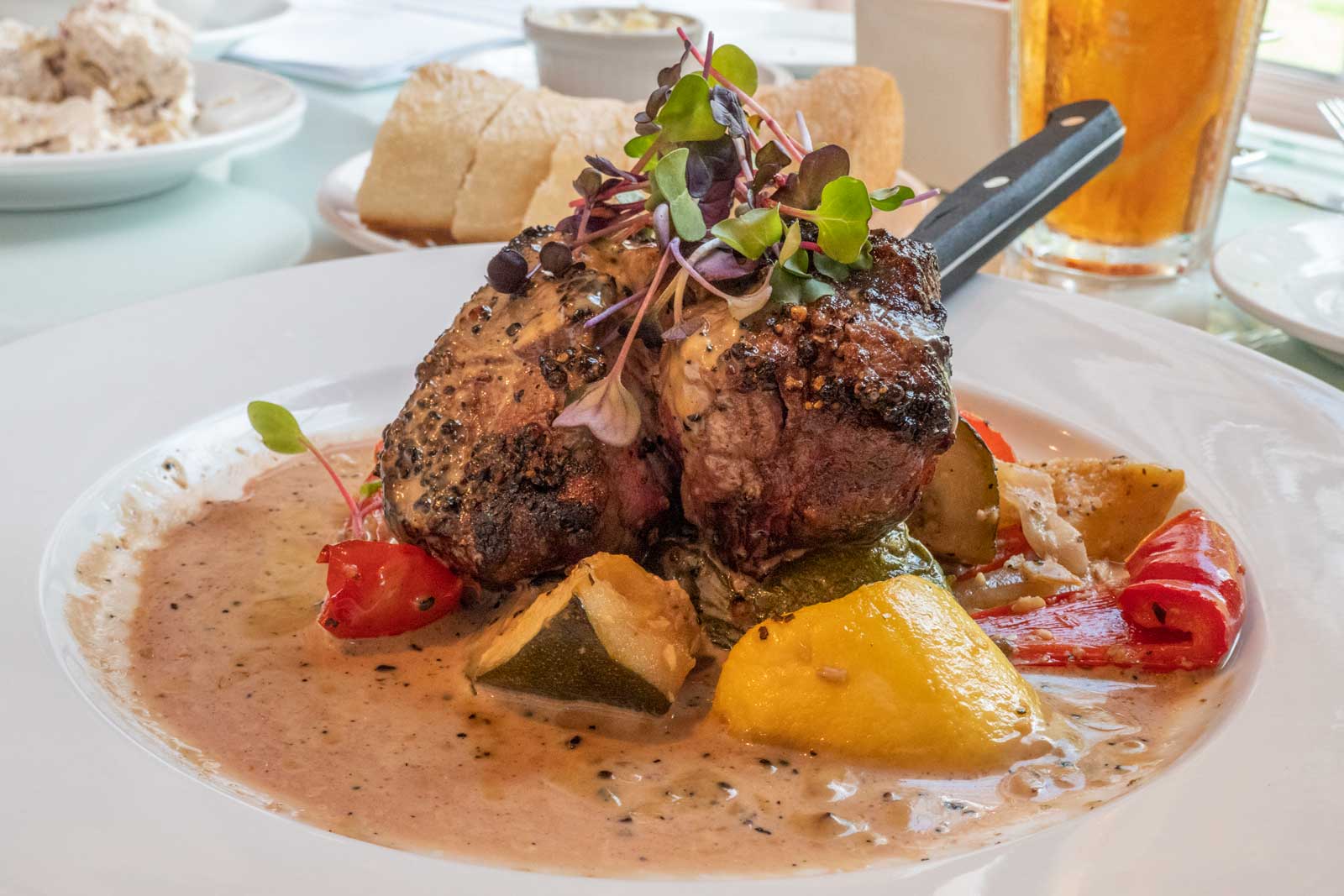 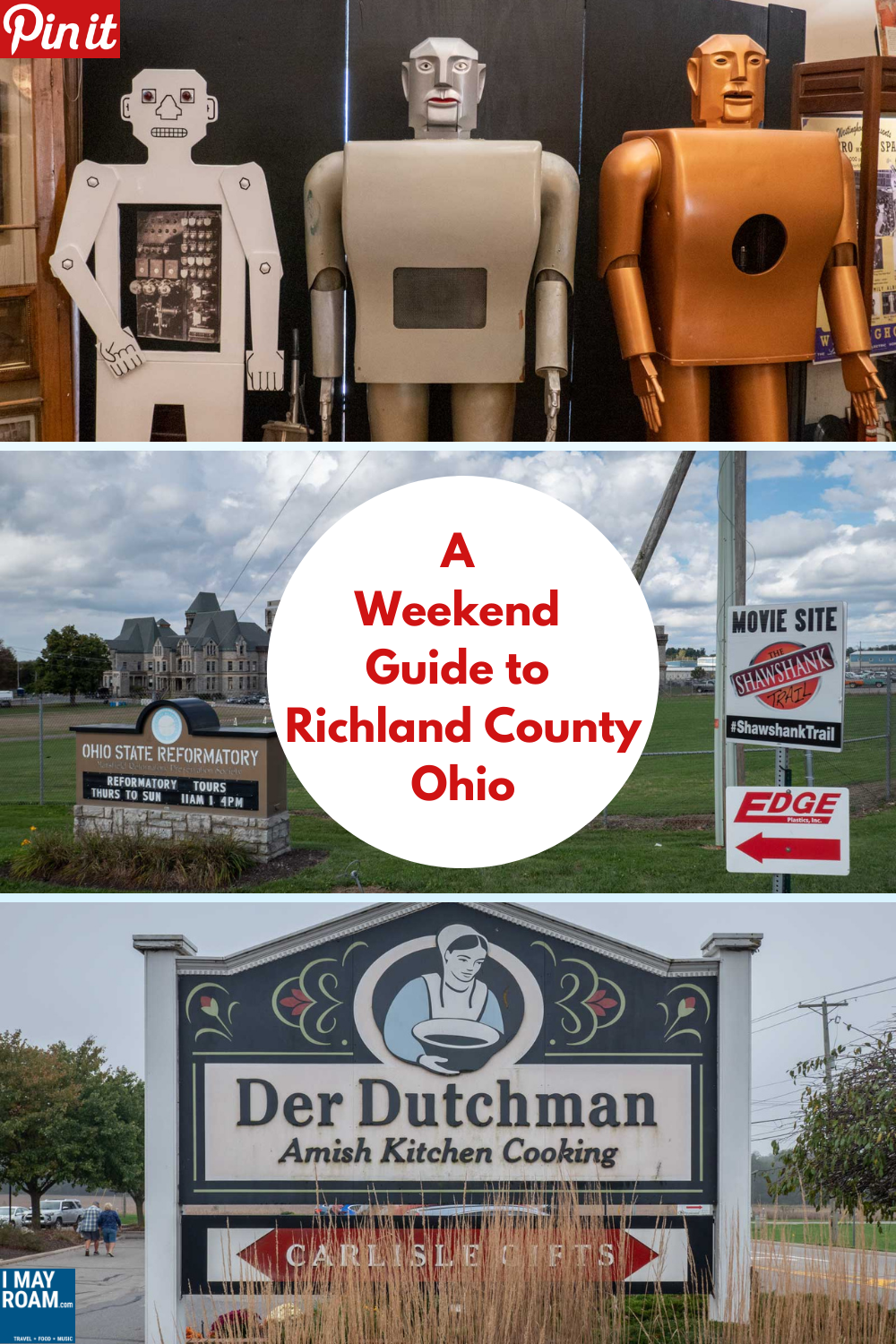 This post was sponsored by Destination Mansfield Richland County. All pictures were shot with my Panasonic Lumix ZS100 4K Point and Shoot Camera. You can support this site at no additional cost by doing your Amazon shopping via our custom link.

If you’d like to learn more about lesser-explored parts of the Buckeye State, check out my list of smaller cities and towns to visit in Southeast Ohio.

Have you been to Richland County? Leave a comment below! 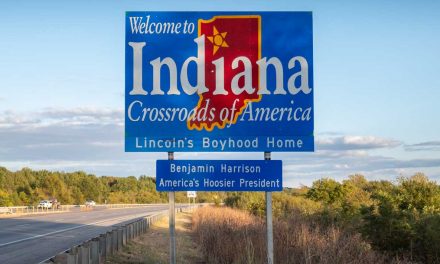 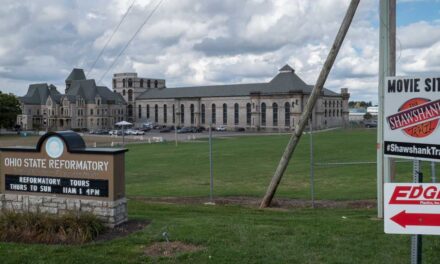 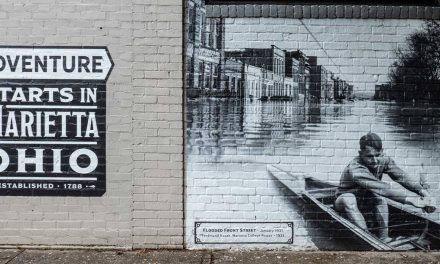 Marietta: 9 Things to do in Ohio’s First City

5 Cities and Towns to Visit in Southeast Ohio